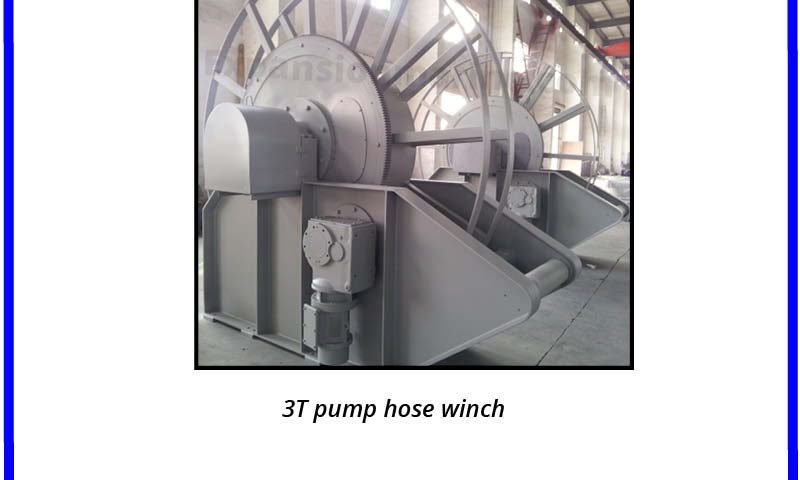 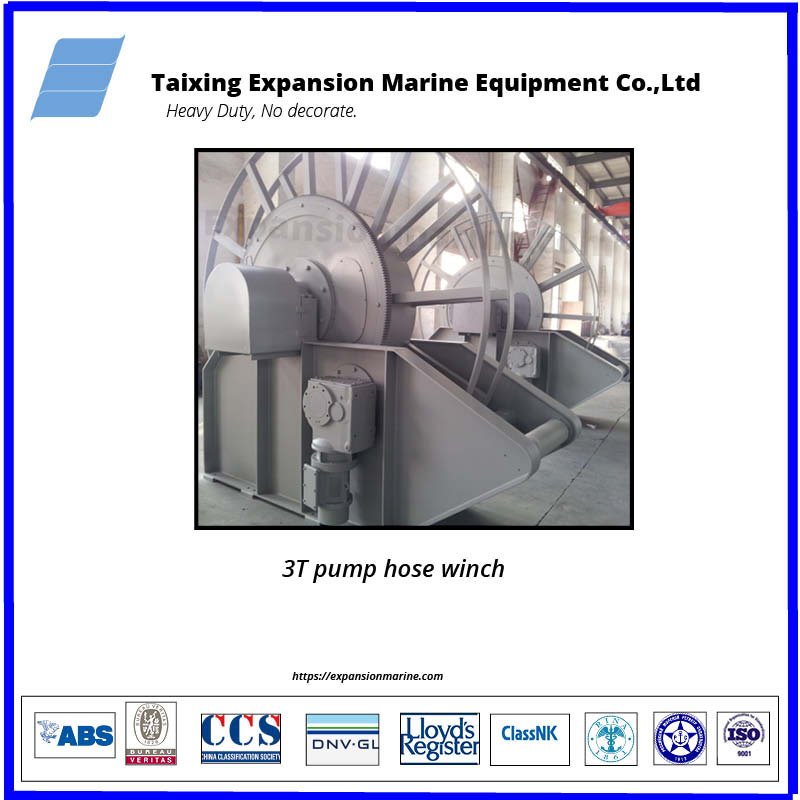 Pump hose winch constitue base coupling, including frame, frame base, drive shaft.Turntable and hoses, the said turntable being mounted on the said machine via the drive shaft On the rack, one end of the said drive shaft is connected to the electric machine with a rotary joint attached to the other end of the drive shaft as described; the The base of the frame is fixed to the deck by means of a coupling device, said coupling Connections include coupling pins, cotter pins, coupling holders and mounting pads.

The base coupling structure described in this utility model uses a removable The articulated connection type, arranged in groups in the 90° direction, guarantees The hose winch is reliably positioned and easy to install and remove. 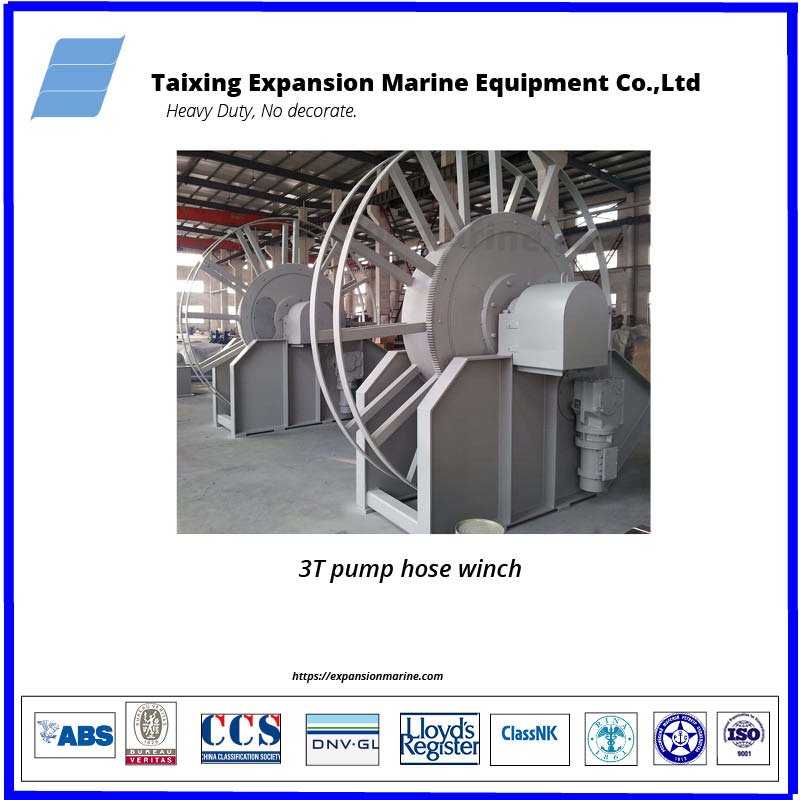 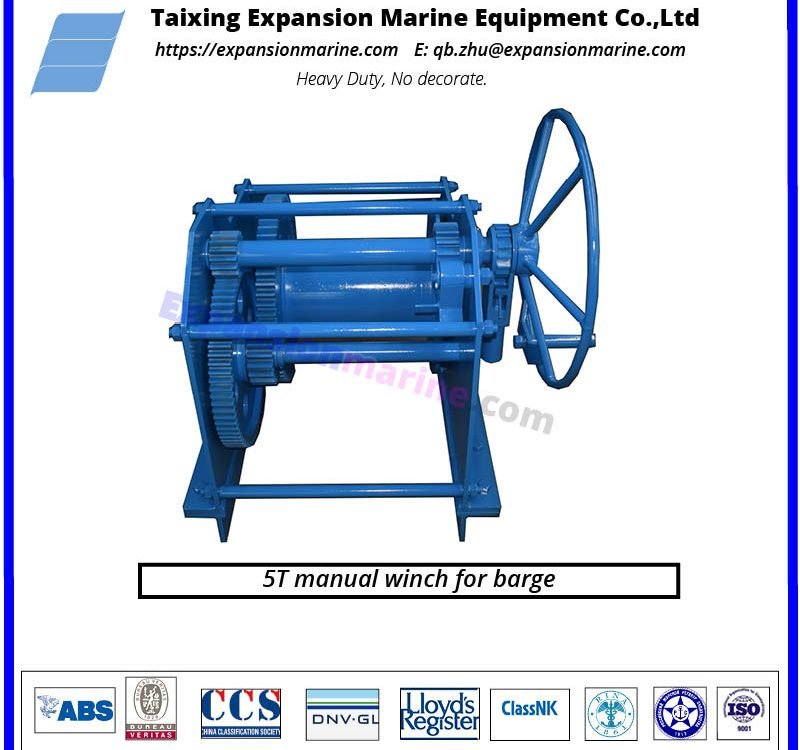